A statewide version of L.A. county’s Measure B condom law is likely headed for the 2016 California ballot. As a result, shooting in Nevada and Florida is on the adult industry radar, though opinions are mixed about migrating out of state. Going underground is possible for some producers, especially smaller labels who can’t afford the enforcement fees.

A legal seminar at the recent AVN show and Attorney Clyde DeWitt’s the “sky is not falling” February essay for XBIZ have contributed to the discussion. Obviously, constitutional questions loom should the measure be approved.

A conversation with two of the most respected directors in the business today, Girlfriends Films‘ Dan O’Connell and B Skow, offers a front line perspective on the issue.

Asked about the extra cost of the shooting under the proposal, neither director is overly concerned about the money spent. On the other hand, the restrictions imposed are troublesome. 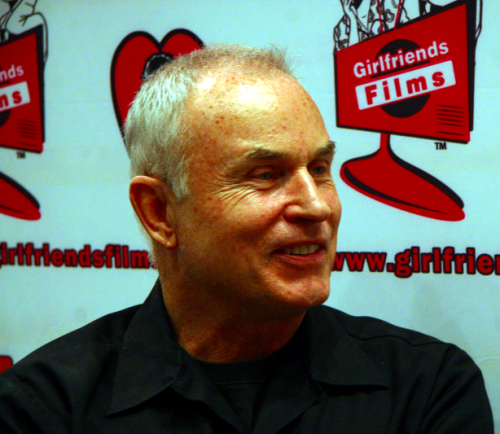 “I’m not worried about the dollar part of it,” Dan says. “I’m worried about requirements that would be prohibitive for us.” Girlfriends’ founder mentions shooting and location permits, producer cost for talent testing, and the onerous provision he calls “a snitch fee.”

“You slip up and you can get fined. The person who turns you in can get twenty-five percent of whatever your fine is,” and it “doesn’t have to be a performer, could be anyone, anywhere.”

Snitching is troublesome because performers who haven’t been booked for a while might get “vindictive.” To illustrate their concern, Skow mentions that he gets “uncomfortable” when a performer comes up and asks, “‘how come you don’t use me anymore?'”

Adult entertainment is a supply and demand business. Directors have to juggle shoots to keep people working. Too many girls and a limited number of bookings, something performers often fail to realize.

If the proposal gets on the ballot, a recent poll indicates that over seventy percent of California voters would approve it. Should that happen, location becomes the impending issue hovering over everyone.

“I don’t see us shooting in California,” Dan says, but he fears the AIDS Health Foundation, the force behind the referendum, would follow the industry wherever it goes. On the other hand, Skow thinks many studios will go underground and that’s costly for everyone. From the state’s point of view, he adds, the “whole campaign will be a waste,” a loss of jobs and money.

However, there may be a ray of sunshine in this political storm; a needed shake-up might occur, a weeding out process that leads to a more efficient industry. In other words, the number of shoots might drop, but the ones produced would be better. 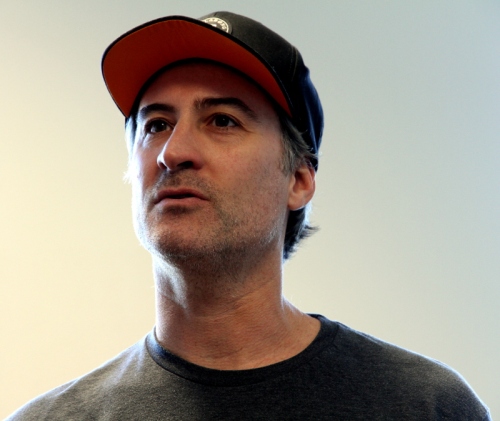 B Skow
Photo courtesy of 3hattergrindhouse.com

Skow asserts the “creativity” put into film making would improve with the added benefit of having “a smaller pool of performers that you know and trust.” In his business utopia, a select group of stars reminiscent of porn’s past would “make most of the movies” like in the old Hollywood system. “People would start following them, just like they follow celebrities,” he says.

Returning to a more intimate talent pool means the business becomes “more corporate, more organized.” Unfortunately the fledgling studios might suffer, but for the industry as a whole, Skow explains, the “big companies” would cultivate a “pool of trust.”

“There should be ten or twelve awards,” Skow says, “then it would mean something. A lot of people in this industry do some pretty cool stuff, but it gets washed away.”

The leaner message is really this. The industry could benefit from downsizing. Keep the best performers regularly employed by the strongest companies and reward movie making for its art and not its quantity.

In the long run, this may be an unanticipated windfall from the current political turmoil. Rather than threaten the industry’s existence, the condom initiative may make it stronger.

B Skow’s thoughts on a leaner industry are shared by others in the business. In his book, The Unsexpected Story (2012), Darren Roberts examines the state of adult film today and references remarks by Jessica Drake and Barrett Blade that reinforce Skow’s view. Drake is thankful for her early years in adult film. “‘I was lucky to enter [the adult entertainment industry] when I did. There was a very old Hollywood feel about everything, and the glamour and excitement was there.”

Only time will tell.