The last two weeks of May are a welcome lull, a “tweener” period. Spring semester is wrapped up and first session summer school is a few days away. This year I’m taking the time to reorganize my at home office and that means sorting through interview transcriptions, unreviewed DVDs, and collected articles on industry issues like piracy, condoms, and the decline in revenues.

Among this year’s accumulated material is a bevy of photos from the 2014 Adult Entertainment Expo (AEE). When I came across a treasured shot of Penny Pax and Casey Calvert, it reminded me that I had planned some work on Casey that has sat undone. Sometimes things slip away until rediscovery cries out for rectification.

Being in adult film is not a convenient path to success. Prejudicial feelings are everywhere, as I can personally attest.

My response is terse. Put away the broad brush and remember that familiarity breeds acceptance, and acceptance often alters the definitions we concoct to satisfy our prejudices. In other words, it’s easy to denigrate people about whom we have preconceived notions, until you actually get to know them.

Decades ago, my first summer job was in the farming country of Maryland’s Lower Eastern Shore, a region that, at the time, would fit comfortably in Faulkner’s Mississippi. The local school district was clutching the fading days of racial segregation, resisting federal law with delay after delay. As a result, my understanding of African Americans was limited to what a community preached to its young . . . until a sunny June morning when I reported for my first day of work.

Based solely on my skin color, I immediately became a teenaged foreman of impoverished black laborers who had little education and no future. By summer’s end, the racial biases programmed into me from childhood were running on vapors.

Returning to school that fall, I made two new friends and learned another lesson about differences. Myra and Tony were Jewish and practically invisible in the student body. My Bible-thumping evangelical grandfather, who never understood school integration because he was convinced black kids were happy “being with their own kind,” often made Judaism sound like a disease.

Today those memories bubble up when I encounter attitudes about social issues in our modern society, filmed pornography and those who make it being of particular concern to me now.

A Late Lunch
For the record, I regard everyone in the adult business as a professional contact. Some are more friendly and helpful than others, and I admit that I depend on them to get a story here and there.

At this year’s AEE, Casey found some time for a late lunch after she spent most of the day greeting her fans. It was the convention’s final session and she had a long evening in front of her. Let me point out that Casey didn’t have to do this and it was evident that she was tired.

In a crowded, noisy restaurant that heightened fatigue, Casey was gracious. She loves her work, she said, and hopes to be in the industry for years to come. The dark-haired sweetheart appreciates those who support her because a perfect performance for every booking is her goal. Drugs, laziness, and irresponsibility, sometimes rumored to infect models, have no role in Casey’s professional life.

When Casey headed back to her room to prepare for the awards show, my heart went out to her. She was limping slightly. Girls sport platform heels that must wreak havoc on their feet and Casey’s were certainly feeling the “pinch” of too much floor time.

To offer assistance, I carried some of her stuff then bade farewell.

Over coffee, our conversation turned to Casey. 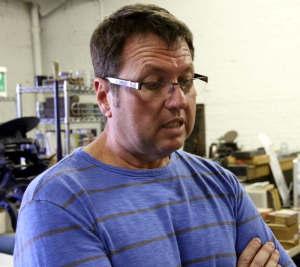 Billy recalled his first meeting with the twenty-four-year old. Her agent, the famed Mark Spiegler, alerted him Casey was coming to town.

“She was a Florida based fetish model,” Billy said. “Mark spoke highly of her from the get go and he was absolutely right.”

Casey has shot for Billy several times, BlacksonBlondes and CuckholdSessions among her top performances. What impressed him from the outset was her professionalism.

“She had all the attributes you can give to a Spiegler girl. They show up early [and] ready to work. They understand that it is a show and they are there to perform at their highest level. When you book a Spiegler girl, you know what you are going to get.”

For a shooter that’s more important than it may seem.

“[A Spiegler girl] is not going to be on drugs or whacked out,” Billy continued. “They don’t have bad days. You never have to send them home. There is never drama, there is never emotion. They just come ready to work. Casey has never had a bad day on my set.”

Casey with Prince Yashua for BlacksonBlondes.
Photo courtesy of the Dogfart Network

“In fact,” he said, pausing in mid-thought, ” I was just thinking the other day I would love to have her on my set for another round.”

Billy’s crew was taking a break with us and turning in the direction of one of his guys, Billy shouted over the Hard Rock Hotel din.

“Hey, Tony, I need to book Casey some more.”

Finishing our coffee, I commented I was having lunch with the 2014 New Starlet nominee later and Billy asked that I mention he wants to call her soon.

And in this case, much for the better.