As a result, this discussion is placed within the sequence of articles on the show that examines the evolution of the modern adult product.

Offering a thumbnail sketch of her career, Casey reminds us she began and as a bondage model shooting for Lew Rubens. That was over nine years ago.

How about your first hardcore shoot?

“The first time I did that on camera was for Sex Art in November of 2012,” she says. Surprising to me, incidentally, because I thought it was for Kink.com where Casey’s early career was nurtured.

In fact, one of the films nommed for this year’s AVN Movie of the Year was Derelict, a Kink production starring Casey and Charlotte Sartre.

If you could go back in time and have a talk with yourself about the business, what would you say?

“I would tell myself to be patient and to not expect overnight success in the way people were telling me it was going to happen. And I would also warn myself that the business is changing.”

Where the Money Is

What potential conflicts would you warn yourself about?

“I would tell myself that MindGeek is coming [which] translates into all of these companies that you work for now and idolize are going to change in some way. I would also warn myself more generally that all of these big companies now that you’re so excited working for, they’re going be gone in ten years.

“I would warn myself that these things that you think you want right now, may not actually be what you want in six months. Things change so quickly, just be prepared for rapid change . . . . rapid like institutional change.”

Referencing the “Rolling Your Own” seminar that appears on this blog, I ask Casey about the problems that arise when girls engage in content trade.

She brings up two issues: paperwork and negotiating what is to be traded.

“Paperwork is the number one thing,” she says. “I did a contract trade [recently] with a bunch of independent content creators. When I brought up that we needed to do 2257s in releases, [their response was] ‘We don’t do paperwork.’”

In response to their naivete, Casey decided to take care of it herself. She got the IDs and went from there.

“Just because it’s a content trade doesn’t mean we not do paperwork. I was the mother hen,” she comments, “and swept them all up.”

“Another big problem is not negotiating beforehand where the content is going to go,” Casey points out.

“But, if you’re shooting content trade with the intention of having a product to sell, you have to communicate with your content trade partner. Put in writing a release plan [with a] schedule and rules.”

Casey explains many content traders don’t do that because they’re just using their phones to shoot the sex.

Does that make every amateur a professional?

“Technically yes,” she replies. “If [you’re] doing something [for money] that makes you a professional, it makes every amateur a professional.”

Casey Calvert sums it up.

“You just do your own thing because you almost certainly have a cell phone that connects you to the internet.” 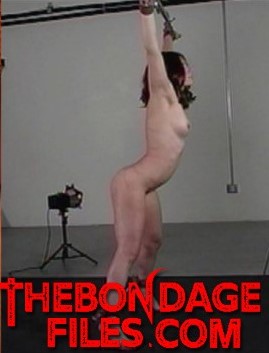