A Nice Girl Who Howls at the Moon: Part Two, Be Grateful

This is the second in a series of posts about breakthrough performer, Madeline Blue. All pics are courtesy of her social media accounts. Watermarked photos are courtesy of the studios that shot them.

“[I’m] totally fine [doing a scene] with someone else,” she says, because it’s okay to love your partner and have sex with another person. The primary relationship does not have to suffer as a result.

Madeline has an open-minded attitude reflected in an older woman whose years traveling the dating lane have elevated her free-spirit.

But it took some effort to reach that level of self-acceptance.

“I had to work hard to come to terms in myself where I don’t encounter judgment about my sexual proclivities,” Madeline proclaims.”I am a really good person, why should I feel guilt or shame because I have a wandering eye for both sexes!” 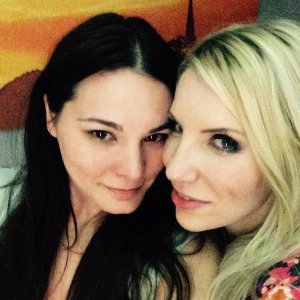 Why, indeed? Sexuality is the essence of humanity. To deny it usurps who we are while keeping it in perspective is a function of our love for others.

That’s Madeline’s lesson for all of us and, incidentally, a message in Gone, her landmark performance.

“I decided at thirty-five that I wanted a trusting honest relationship and have adventures that were just that, adventures.” Madeline and Gee have discovered what works for them: the occasional sex partner that does not violate the bounds of their “loving, communicative relationship.”

In other words, “we believe that sexual experiences and sexual relationships are very different.”

Engaging with another person is “a great time, a break in the regular routine,” Madeline believes. What’s more, sharing her experiences with Gee is rewarding.

“It is very liberating to finally be in a place where I accept that part of myself [that likes to wander],” Madeline claims, because for many years she “felt so alone,” not understanding that other people had similar feelings.

“I want to love and be loved and I don’t want to feel trapped or controlled.”

Be in the Moment

How does an adult actress, regardless of her age, pull off a sex scene with a co-star she has just met?

Simple, it’s all about attitude.

“Find where you two match and go from there,” Madeline insists.

Madeline does offer one more piece of advice. Respect everyone’s boundaries and “incorporate the director’s wishes” into what you are doing. Most important, “be in the moment.”

“I want to be in situations at all times that empower me and make me feel good!” That happens when communication is the watchword.

Arrive prepared, be on time and ready to go with a “pleasant attitude” and for goodness sake, “pay attention.” Madeline’s next comment is a justifiable annoyance veteran Steven St. Croix mentioned to me not long ago. . . phones.

From my visits on sets, I understand his gripe. Girls spend far too much time with texting and selfies.

“Don’t use your phone very much at all” or better yet, “turn it on airplane mode,” Madeline suggests. “Take one selfie right before your showtime when you look your best and then leave it alone ’til afterwards.”

My bet is Steven would love to do a scene with Madeline who, by the way, has more advice for those willing to listen. 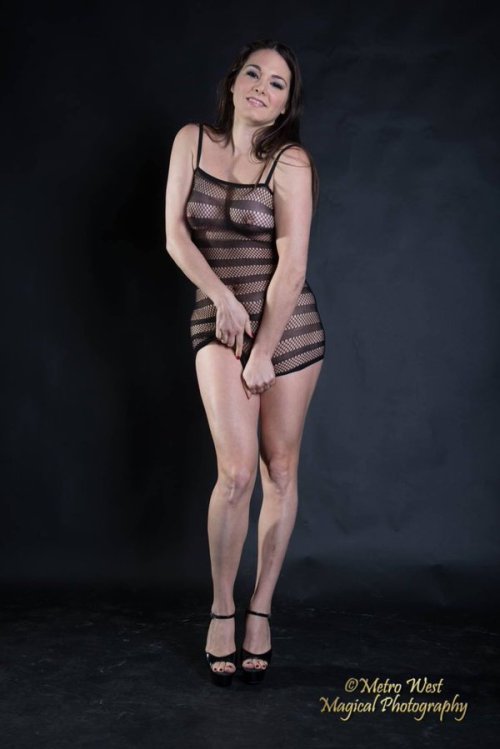 “Be present and don’t worry about your makeup or your nerves. The best performers are the ones who show up and do the job. It can be fun but it is still a professional commitment, so show your work face and smile. You’re getting paid . . . be grateful.”

The rewards are self-evident, she believes.

“The smoother you are, the smoother the show goes . . . and the more likely you are hired back.”

And, of course, no alcohol or drugs. Madeline exclaims, “I have heard bad stories [about them] from pretty much every producer I have met.”