This is the first in a series of posts about my most recent trip to the Adult Entertainment Expo (AEE) in Las Vegas.

Three women represent the industry, Jessica Drake of Wicked Pictures, Tasha Reign of Reign Productions, and Courtney Trouble of TROUBLEfilms. From the academic side, Constance Penley of the University of California at Santa Barbara and Canadian student Tanesha Darby of York University, fill out the five seats.

Constance Penley, Jessica Drake, Tanesha Darby, Tasha Reign and Courtney Trouble
(The suspenders belong to AVN writer Mark Kernes one of the best in the business)
Photo by Bill Knight

Jessica Drake supports Trouble’s assertion. Everyone wants to be reassured of their normality, she says. “Yes, you are ok” is her affirming message.

Constance Penley understands all of these concerns and that’s exactly why her course turns into “a big ole sex education class,” she says with humor. The students can’t stop asking questions.

Created with a Conscience 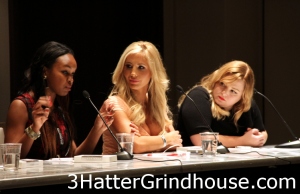 Canadian Tanesha Darby brings in the student view. A concern she has is “the body being sexualized,” and this can be troubling for young people many of whom are still learning about their sexuality.

Discussion moved to academic course disclaimers informing students of possible negatives they might encounter in the class. Though such statements seem appropriate and college administrators use them as a cushion against public pressure, Jessica Drake mentions they are just another version of shaming that prompts some students to avoid such classes.

Perhaps the best solution is Constance Penley’s. She has no course disclaimer and sees no reason for one. 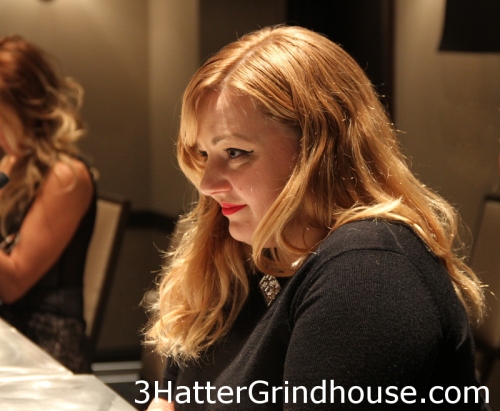 Tasha Reign could not agree more. “My videos are sex positive,” she says, “I’m a feminist.”

Certainly not the sex-negative kind, I assure you.