The Personification of Allure

One performer’s dominating presence is felt within the pulse of the Adult Entertainment Expo. From the media room to the halls around the convention, Chanel Preston moves from one interview to another, corralled by PR reps, cameras, microphones, and journalists of every ilk. She’s stunningly gorgeous, an energized sex machine and a Spiegler girl, not to mention the co-host of this year’s Awards Show. The demand on her time and attention far outstrips any girl at this festival. But there is much more to the native Alaskan than a resume.

But it fits Chanel Preston. 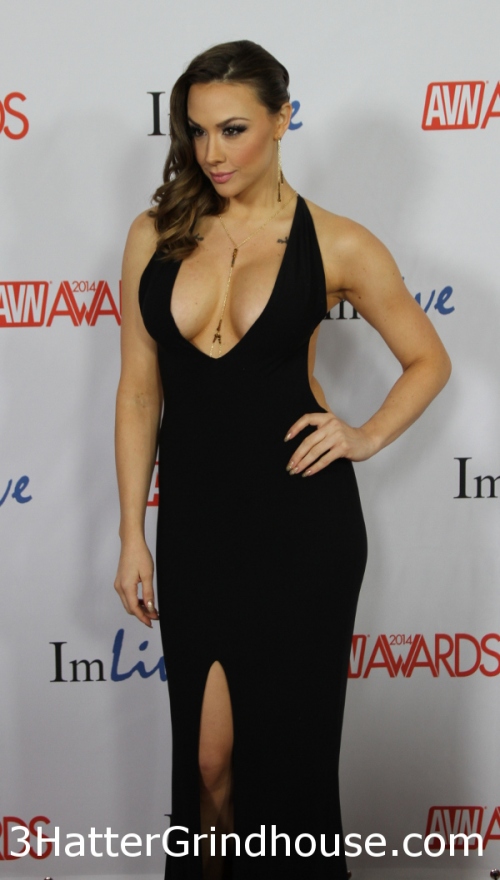 Chanel on the Red Carpet
Photo by Bill Knight

Goddesses’ have charisma, that special something that defines a woman who lights up a room with an emotional blaze that slays a million moths. Marilyn Monroe had charisma and so does Madonna. Chanel Preston, her looks, her personality and her professionalism, competes at the highest goddess level. She is the personification of an allure and magnetism that intimidates, hypnotizes, and arouses. 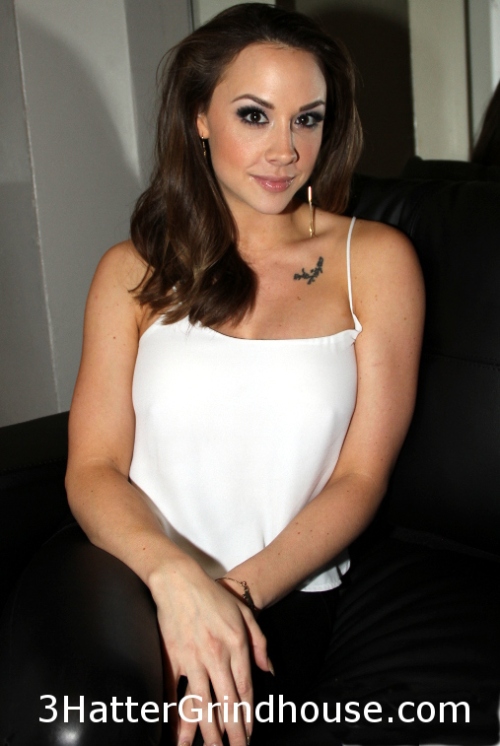 Talking in the media room
Photo by Bill Knight

“I get off on doing really crazy and intense adrenaline things” Chanel says. “So for me, that’s like getting gang banged, I love doing that.”

This health club devotee films frequently for Kink.com in roles that are divided between submission and dominance, but admits she’s more submissive in her personal life especially if the guy is emotionally important to her.

“I do like dominant men,” she says, but prefers a bit of flexibility in their demeanor.

“I like it when a guy knows when to step back and I kind of take over a little bit,” though taking over is entirely relative.

“That doesn’t mean I have to take control over him,” Chanel declares, “that’s where the power play comes in, that back and forth.” She adds, “It makes me feel like the guy is comfortable with me and he can let go and he’s comfortable with himself.”

The End of “Fifty”

It’s “for women who haven’t done [bondage] before but are kind of curious about it. They like the idea of it, but they don’t necessarily want to see it hardcore,” this former stripper says. 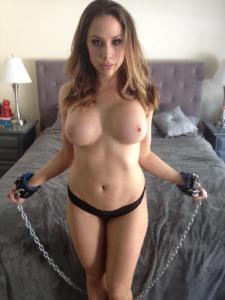 Chanel laughs, pointing out that “to us, it does feel really silly, but if I had no experience with it, maybe it wouldn’t,” a recognition that everyone’s tastes are different.

“But because I’ve had so much experience with it, it’s a little goofy.”  She laughs.

But isn’t sex supposed to be fun?

“You can tell when you work with [a director] to what degree they feel like they are an artist,” Chanel says. “For some it’s a true creation and they have an actual passion for it [and] for getting their vision to the viewer.”

Mentally sorting through some of the directors I know, I cannot disagree.

I’m left with one more thought.

5 responses to “The Personification of Allure”