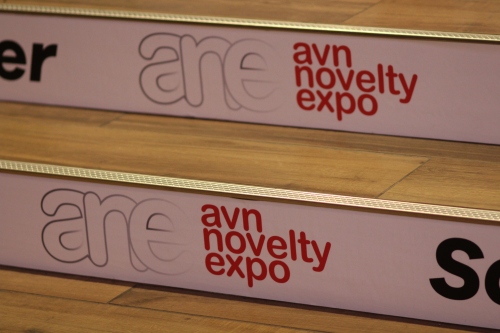 Putting aside the past, where are we today with the product? To find out, I talked with three companies that offered their artistic conceptions to trade show attendees.

Michael Guilfoyle, XR Brands’ Director of International Marketing and Business Development, was gracious with his time. Though XR has a broad array of intimate products and toys beyond sex dolls, the company has upped its game for the sex doll market.

“We’ve tried to meet various customer needs throughout the whole demographics,” Michael begins, and that includes both gay and straight males. Doll sales are doing “amazingly well for us across the board. Somewhat surprisingly, more than we anticipated.”

As for the technical aspects of doll construction, XR Brands is aiming for better opposability (movable parts). Most important, however, is “longevity, making them more durable long-term,” he says. “To some of our buyers, these are companions [that] are not to be kept in the closet” and the company respects that.

Who is your audience?

“It’s across the board,” Michael notes. Some male dolls are sold to female customers, but not surprisingly, most of the product is purchased by straight males. He mentions the film Lars and the Real Girl “about a young man finding [and] falling in love with a sex doll.”

But that’s the movies, what about real life?

“I saw a man in Australia having dinner in a restaurant with his doll and it opened my eyes to how much of a companion this truly is. I thought of it as something you hid in the closet. When you’re embarrassed by it you don’t want anyone else to see it. I don’t know if you’ve seen the memes online where they’ll rent out movie theaters and twenty guys will bring their dolls to go see the movie. These are rare occurrences, but they happen.”

“People have joked with us about buying one to drive in the HOV lane.”

That makes sense to me.

The marketing director mentions another use.

“In Sydney, Australia they opened a Bordello that was nothing but sex dolls. My thought process was, ‘Why? Where is that coming from? It’s a little weird.’ But their big pitch was ‘It’s the only way, you can be sure no one is being trafficked.’”

Certainly a social benefit Michael concludes. “We can think of these as opening avenues to less trafficking.”

How does XR Brands tackle the affordability issue?

“We still make components of dolls,” he says. That’s the “door opener” to further interest in the whole package. If the customer is fascinated by detached body parts, moving to the larger, whole product is less imposing.

“Being comfortable with ‘This is what I’m having sex with,’” is important,” Michael insists. The customers must “rise over all of the hurdles [they face] to get to the point where they’re going to spend the amount of money [necessary] on something like this.”

What I understand from Michael is this. It seems as if the psychological barrier is most important in grasping customer needs rather than the money spent. 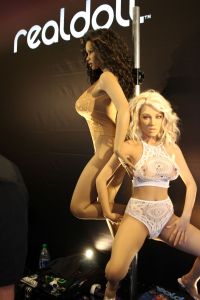 Mike Wilson of Abyss Creations, maker of Real Dolls, was next on my list. Mike is the firm’s co-owner and production manager.

First, I asked for the business’s backstory.

The twenty-two-year-old company has produced dolls for movies and TV shows, Mike informs me, adding that “we were made famous back in the early nineties by Howard Stern. He launched us forward.”

The company’s interest in “life-like mannequins” opened the business door. “We were contacted by several people that were willing to pay a lot of extra money to make them [the dolls] anatomically correct so they could have sex with them,” Mike says. Currently “we’ve been diving deep into artificial intelligence and robotics.”

How has sex doll manufacturing improved?

Over the years “we started making them out of different silicones” to meet affordability needs, Mike says. But the major moves forward have to do with “the internal structure of the dolls, the skeletons.” Then there is mobility. “All of our dolls are fully articulatable, meaning that every joint moves just like a real human joint, [in other words, they are] opposable.”

The craftsmanship is important, too.

“Every product is hand-crafted by well-paid artists here in the U.S.” Mike explains. “We don’t do any work overseas or in any other countries. Everything in San Marcos, California.” Company employees “are mostly special effects artists from Hollywood. So, we have that base knowledge of how to create things with hyper-realism and sculpting.”

For Abyss, sex doll robotics is the next move forward, Mike added.

What is a profile of an Abyss customer?

“Our audience is quite large. The majority of our customers are generally older. They have money,” Mike emphasizes. But he doesn’t rule out younger buyers.

“People these days are so trapped in their phones. I don’t know a single person under the age of thirty that actually can go to a bar and pick up a woman. That’s a time well passed. Everyone’s so insecure and has no personality skills that we all have to do it on our phones.”

But, he points out, prospective buyers “below the age of forty or fifty, with few exceptions, [don’t] have the money [to afford a doll].” Understandable. “Even the baseline dolls that are non-robotic, cost seven thousand dollars,” he adds.

Having said that, Mike delves into a concern that characterizes many buyers.

“The majority of our customers are looking for something. They feel like they’ve been burned in relationships [and] they don’t want to go back into the dating game. They just want something to find intimate connections with.

“Having a doll that you can come home to and talk to even if they don’t respond, there’s a lot to be said for that.”

But there’s more to consider. For some people a sex doll is a piece of “interactive art you can actually have fun with,” Mike says, adding “I see good friends that are really into cars and they just treat their cars better than they treat their girlfriends. The concept of us attaching ourselves to inanimate objects is not unheard of in any fashion. We do it all the time. You know?”

Looking into the future, Mike turns the conversation to nest systems and home security.

We have wireless cameras now, but the doll will do more.

“She could act as a security system. The app has got the intelligence and the brains.” In short, “the robotic, the doll itself, [is] the personality that exists within your wireless device.”

Finally, I ask Mike about his personal background.

“I was born in the Midwest. My father was an independent filmmaker (who) went into production design. I was home-schooled doing special effects art, light casting, sculpting, all of that. Went to college in Pittsburgh.

“I’m fascinated by the psychology behind sexuality and I’m also an artist, so, it was kind of a natural progression. What got me to California, where our company is located, was not Real Doll. I was working for the government doing hyper-realistic military training with medics.”

Then a career change came calling.

Real Dolls was looking for a painter. “I got hired,” he says, and brought “all my imagination and skill to the table.”

Also, Mike’s background in retail proved valuable and the rest is history.

“I love the sex industry. I love open minded things,” he says with an infectious smile.

Tucked away in an unpretentious booth on the novelty expo floor is Dukes Dolls and Toys.

The company is a fascinating story and who better to ask about it than owner Greg Charles.

“I started out with an adult cartoon comic website called dukeshardcorehoneys.com,” Greg begins. The site was developed from the adult illustrations he created back in his high school days and college years.

“I’ve always had a knack for drawing adult stories. My personal preference was curvy women, and, at the time, I didn’t really see a lot of content out there like that.”

Though his art work began as a hobby, Greg explains that he would post his images on “different websites [and] galleries” in cyberspace.

“I began to grow a following and eventually created a pay site, dukeshardcorehoneys.com. I started getting members.” As the work became more “taxing,” it also “became more fun,” he comments.

So here we have an artist who has taken his passion and turned it into a business.

Greg’s next move was to hire animators to do his stories and a new fan base emerged. Out that growth came the idea of sex dolls, “a fun thing [that is] very unique,” he declares.

How has that part of the business grown?

But everything has evolved.

“Now I’m looking at it as a revenue gainer and a business. I’m being more professional. My presentation’s better and the [product] quality is much better.

“I put more elaboration on the design. It’s more realistic.” He mentions that the newer designs are better proportioned with skeletons that facilitate ease of movement.

“I have more variation in designs also,” Greg explains, pointing out that the company offers dolls of different sizes and carries a line of “handheld collectible ones.” Refusing to rest on his current product, the New Jersey native plans to develop dolls with alien and monster themes.

Of course, there is the influence of a comic book artist in his work.

“That’s first and foremost, that’s where I’ve always been,” Greg beams. “Ever since I was a kid, I loved drawing comics.” Today, he continues to illustrate but with decidedly adult themes.

“So, at the end of the day, that’s what I like doing in my spare time, on my work time. If I’m sitting in meetings, I’m always drawing and sketching.”

My last question concerns his audience.

“Some people think, ‘Oh it’s some lonely losers that can’t get girl themselves.’ That’s definitely not true,” Greg says. “Most of my customers have been couples that wanted to experiment in threesomes but they didn’t want another woman screwing up their relationship.”

He talks about disabled military who are not confident they can find the companionship they want, “so they have a doll as a companion.”

And don’t forget the collectors and the artists.

“I’ve had artists that like to draw the human form” but using a live model is problematic, he suggests. “The sex doll is the answer for them because the metal skeletons are opposable (movable) which makes them perfect for artists. You can put it in any position and they hold it for you.”

All in all, Greg points out that the business has “different types of clientele and I definitely am proud of that.”

It’s worth mentioning that Dukes Dolls is minority owned. Greg offers a bit of his personal background.

“I grew up in Jersey City and it’s a kind of a rough area. Me and my friend Shawn, we grew up together, same area, went to high school together.” However, their college years separated them.

We were on “different paths,” Greg explains. “I was always an artist; he was always a video-audio guy. Our paths never crossed because I was doing comics and he was doing video and music.

“Once we began to work on animation, our talents started crossing and we began to work together in business. Sometimes it’s tough where we grew up. Not too many people understand entrepreneurship, let alone entrepreneurship on the internet. That’s alien, the concept of making money off the internet. When we try to explain it to people we know, they don’t understand. ‘Oh, you’re trying to goof off, why don’t you get a real job?’”

“Sometimes this fake job makes more money than the real job, you know?” Greg says with a smile.

Yes, I do, and good luck to you both.

Here’s contact information for the three companies covered in this article.