Ever since I began writing in adult film, I’ve learned that creativity is broadly defined. Many directors and performers like the all-sex, or gonzo approach to filmmaking where innovation revolves around positions, penetrations, and hot bodies.

On the other hand, my preference is the feature where plot, dialogue, and acting complement the sex. In my mind, telling a story sets the stage for the film’s carnal adventures by giving them meaning.

Along the way, I’ve talked with movie makers who feel the same way. One of them is Angie Rowntree of Sssh.com, a female-friendly adult website.

I first sat down with Angie at the 2016 Adult Entertainment Expo in Las Vegas. At the time, I had reviewed her groundbreaking film, Gone, which in my opinion is the best adult film ever made. You can read the review here.

Here is a sampling of our conversation.

Is crossing over on rise?

The result is a huge step toward the acceptance of adult-like performances embedded within Hollywood narratives.

Agreed, but is there a generational influence at work here?

Perhaps it is Millennials who are leveling the entertainment playing field and here’s why.

The result?  “A more diverse and variegated industry” will lead to improved content benefiting everyone from performer and filmmaker to the consumer.

Angie hesitates to predict anything definite about that.

I’m not letting Angie get away without one more question.

Will the public accept hardcore sex if it’s integral to the story being told?

“I think there’s real merit to that notion, yes . . to a certain extent, at least,” she says, and mentions the 1979 film, Caligula.

The producer/director reminds us of an important change established in the 1970s concerning obscenity.

“Hardcore sex is more legally acceptable when it comes in the context of a story.”

That’s important because the court has to prove that the content and context of a film “lacks literary, artistic, political or scientific value,” she adds.

Of course, producers and directors can argue for a film’s merit, Angie insists, “if there is more going on within the story than just people having sex in several different positions.”

Our conversation with Angie Rowntree continues in the next post.

She talks about Gone, her Mindbrowse podcasts, and we’ll learn a little about acting and a female director’s approach to shooting. 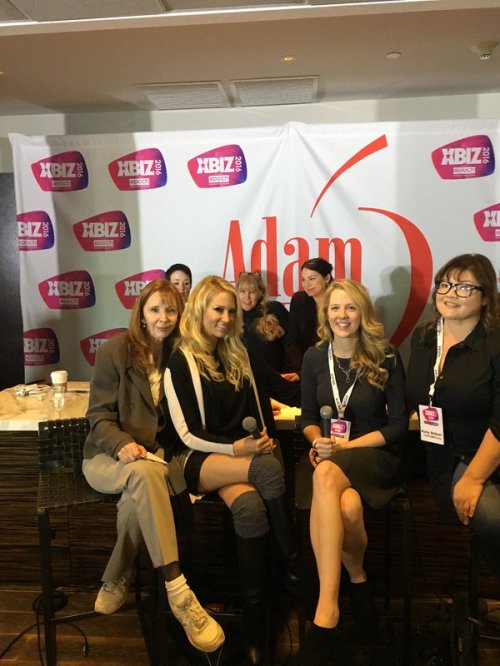