In this second installment on Bree Mills, we will look at her filmmaking philosophy from a business and creative point of view.

Photos are credited to Kevin Sayers. Logo is courtesy of Girlsway. 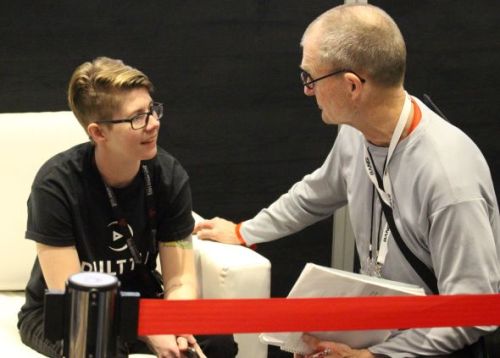 Like every successful businesswoman, Bree Mills understands how to produce the best content for the dollar. And, like every renowned artist, she knows how to find the right story to keep her fan base coming back for more.

Neither of the above accomplishments works without a collective effort.

“My content is a real mix of data driven decisions and creativity,” the head of production tells me. “I sit on a lot of data and I have a whole team at Gamma that studies what people want.” She refers to the accumulated information as her Petri dish she can “source from.”

To what extent does fan response drive future productions?

For an “ongoing series” it has tremendous value, she insists. What’s more, fans can be co-authors of a Gamma Films production. 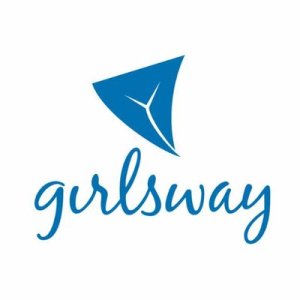 “Girlsway, one of our big studios, is very involved in member feedback and sourcing ideas for our stories. My finger’s always on the pulse of how our fans are reacting to content.”

Usually she will produce a full season of a series then get feedback to generate the material for the next one. But with the recent development of Adult Time, she’s changing things a bit. Now Bree puts out “pilots of concepts so we can start getting feedback from members right away.”

The result has an “impact on subsequent episodes that we shoot,” she says, “so that we can start building an audience, build engagement, [then] refine our series.”

It’s a partnership of sorts, she indicates, because we are “shaping the content together.”

A closer look at her product reveals that Bree considers herself to be “a pop culture vulture.”

She explains that inspiration for a project comes for many sources and likes to quote Pablo Picasso, “Good artists copy and great artists steal.”

“When I come up with a concept, I’ll pull a little thing I saw here, a frame of a film that I remember here . . . to help me craft the piece I’m doing. I allow my respect for pop culture to influence the way that I work,” Bree explains.

Having said that, she qualifies her work in adult. “I’m an outsider. I’m not a pornographer who grew up through this industry. I kind of came in and crashed it in many ways.” 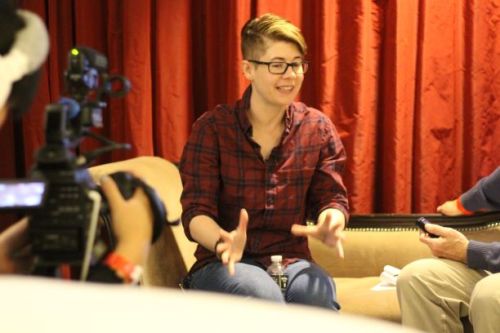 Admitting that people may not understand exactly what she is doing with a film or a series, Bree is undaunted.

“I do it because that’s the pull that I’m receiving creatively or the direction I’m going.” In other words, she follows her instincts.

Her films present “something other than just a stereotypical portrayal of a woman as a sex object” that is characteristic of the industry.

But the picture is complicated, Bree infers. With Pure Taboo productions, there are “no winners,” male or female. In fact, “there are a lot of anti-heroes.” 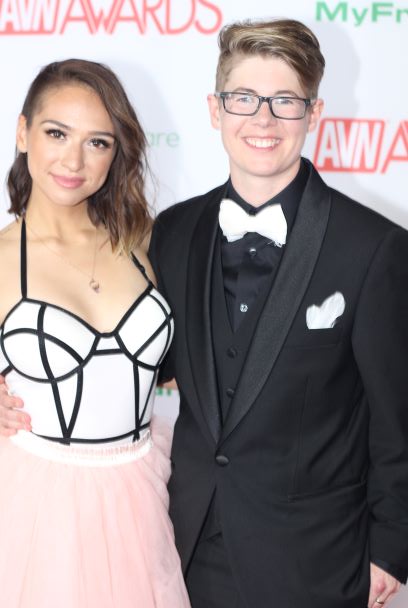 Sex is the Last Thing

Bree concedes that there is some crossing over between “mainstream pop culture and adult culture,” but that is more lifestyle oriented. Her dream is to have one of her films cross over.

For the upcoming year, she is developing a “primary project” that can be shopped to film festivals she characterizes as “mainstream outlets.” It will have a hardcore version for her fans.

Her objective is to create “a film with sex in it.” A workable idea, Bree insists, because “half of the films on Netflix these days [have] a good degree of sexuality being depicted.”

Though her intention is to “showcase quality stories, if people are interested in seeing the extended, uncut, uncensored version, they can,” she affirms.

Lastly, the writer/director offers her assessment of what she does as a filmmaker.

“The sex is kind of the last thing I’m thinking about,” she says. “I’m thinking about how to build the tension, build the narrative, how to develop the characters. If I have done my job right, I’ve gotten into the actors’ heads, they will carry out the scene with their own experiences.

“They know how to have sex. If can get them to have sex in their characters, it will be a good scene and secondary to the story. It’s the end result of the story.”

Then she summarizes her goal.

Create a “good enough story that people can watch all the way through, are left thinking about it, and are amazed that we can do a story that is really interesting.”

Bree Mills ends with “I think that is completely possible.”