AEE 2020: An Industry in Evolution

The adult industry is in flux and the evidence is everywhere at the Adult Entertainment Expo in Las Vegas. I’ve been writing in the business for over ten years now and what was once a studio-dominated industry is turning more to online webcams and websites.

It’s the influence of technology and money, of course, but it’s also more than that. The change is natural, expected, and unavoidable.

The trade show’s sponsor, MyFreeCams.com, underlines what is happening as does one of the largest kiosks on the floor, Chaturbate, a popular adult site offering live webcam performances. The influence of this evolution on the commercialized industry continues to pop up in discussions about the business today. Just check out the trade show seminars to see what I mean.

Simply put, camming gives performers what has been denied them for years: control over their image and their content. No longer dependent on studios, cammers brand their own name and engage their own fan base. Even talent agencies feel the pinch as the girls and many male performers, for that matter, need them less than a decade ago. 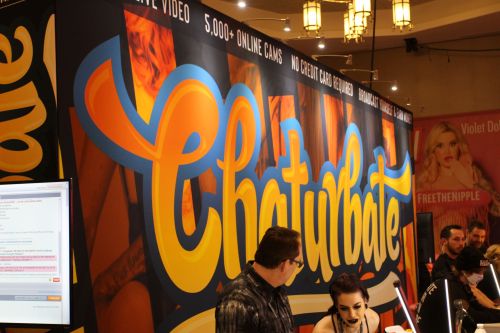 Change is often feared, but the message here is positive and we can thank the 19th century German philosopher Georg Hegel for understanding how it works. History is a living thing, he postulated, and is based on a concept called the dialectic: the interaction of the thesis and the antithesis to reach a new understanding called the synthesis.

Technology is the catalyst which abets the “revolution” or the synthesis, the new way of doing business, and performers are the beneficiaries.

Has the synthesis caught on in the industry? Not entirely, but one company is out front on the change and illustrates what is happening.

At the 2020 Adult Entertainment Expo, I met again with Bree Mills who is a driving force in adult today. We talked about the state of the industry.

“I know that I’ve been a part of a change that’s been active over the last few years. I’m certainly not the only contributor to that change. Other people have helped to get us to where we are now as an industry,” she begins.

“I have pretty outlier views compared to most people in terms of what I think we can do. So, if I can, [I want to] inspire other people to follow that same path.

“The industry has come to a point where the performers have the power. They’re the brands. Studios don’t have [that] power anymore. [Performers] have the means and the platforms to never need to shoot for a studio again. They can produce their own content; they can monetize their brand. And then they can choose who they want to work with. That’s the reality and that is probably the greatest change that can happen.

“It’s not only going to shift the power into the hands of the people that are really at the forefront of this business, but it’s going to continue to break all of the old mentality and rule books that existed. Some of the most interesting content that’s being created today is being created by these people. And it’s because they don’t have to answer to anybody.” 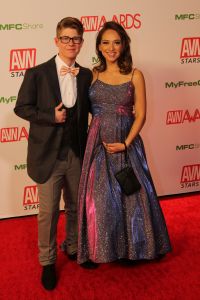 In other words, times have changed and the synthesis (the new way) has arrived.

The chief creative officer of Gamma Entertainment gives us a peek at what to expect.

“They (performers) can do whatever they want and that is awesome. And so, I can use my influence to empower them in whatever way that Adult Time can [benefit them]. So, if you got a great idea for a show, let’s collaborate. I would much rather see over time less stuff that I’m directly doing and more creativity that I can inspire and empower [others] to do their own thing.”

There it is, the new way of doing business and Bree Mills has set the tone. She is the emerging synthesis, the new force in adult and others will follow.

“That’s how we’re going to keep it happening,” she continues. “I’ve created the best advertisement for this with my own work. So, if someone wants to work with me because they love what I do, great. Let me help you do what you want do.”