In doing this two part series on Prop 60, a special thanks is extended to Star Factory PR for arranging interviews with Cindy Starfall, Derrick Pierce, Briana Banks, and Ela Darling.

Photos included in this post are courtesy of AVN and @IndustryByRick.

Was Prop 60 a game changer for the industry and APAC?

Performer Cindy Starfall thinks so. “The industry definitely united. We did the whole campaign . . . we came together.”

She affirms that adult performers are “not a health risk” to society and agrees with others in the industry that the whole legal exercise was pointless. By the way, Cindy does not personally mind using condoms so she could have adjusted to the law had it passed.

“It’s something everybody’s still talking about months later. Our history [has been] we all fight within each other. We’re all respectful but we don’t actually have anybody’s back.”

Best of all, the battle has resulted in a degree of unification not seen before.

Should an issue like Prop 60 pop up another time, Casey is “confident that the same people that stepped up for Prop 60 would step up [again].”

“It’s very easy to dismiss a few voices, but it’s much harder to dismiss a roaring chorus of people aligning together especially when you establish the value of that population. We are just not just weird sex people. We are the laborers. We are taxpayers. We’re so much more than people would like to describe us. When we all stand together, that becomes apparent.”

“I think the game changer was the fact that the people have changed and the internet has changed people and we were able to effectively reach them. Eric Paul Leue arguably did a great job [and] the results are stunning with regard to the fact that we won. They seemed to have turned the tide.”

With his stark realism, Derrick Pierce is not so sure because of porn’s place in our culture.

“I wouldn’t say a game changer, maybe a shift in tides. We’ll all be long gone in the business before APAC has a game changer moment because I think mainstream would have to take this business seriously [first].”

As for APAC, Derrick is straight forward. 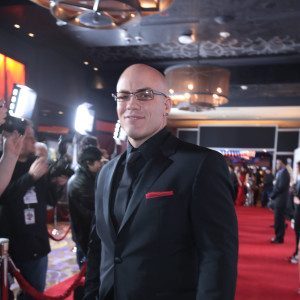 As a support group it works, but a union, if that is its intent, requires the commitment of time and money.

“Why [would]  they spend any money on this because all they’re looking for is to buy a car, pay for some school–the good ones—buy a purse, buy some shoes, or move out. Whatever their short term goal is for that.”

The attitude is simple, Derrick has seen it all along. This is a stopover and most girls think, “I’m just going to knock out a couple of scenes, blow a couple of dudes, and I’m outta here,” he says.

On the other hand, Derrick believes the story is different for the other thirty percent.

“The jessica drakes and the Asa Akiras and the Phoenix Maries, all those girls who have made a career out of this. Yes, they would be the ones who would benefit the most and also a lot of the guys that stick around.” 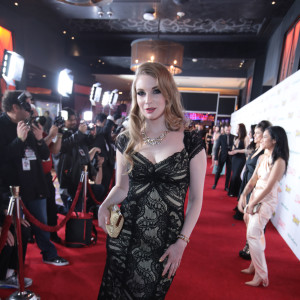 At any rate, the industry can revel in its victory today and hope for a profitable future.

We give Ela Darling the final word by repeating and reinforcing what she said earlier.

“I’ve never seen the industry aligned so strongly on anything like they did on Prop 60. It was refreshing, it was empowering and amazing.”

Perhaps we have a new political force in the making.

In response to a comment that is reproduced below, I’m not certain what in this story is misleading. There is, of course, a union in adult entertainment that is duly registered, as this comment states.

“Your story is missleading and contains false untrue statements. There is a Union for the adult industry The International Entertainment Adult Union The IEAU. We are registered and certified as the “Union” for the adult entertainment industry by the Dept. Of Labor since Dec. 15th 2015 Union Number 000-404. Please either correct your story or we will send your site a C & D order. If you would like information pertaining to the Union, please fill free to contact us. Thank you”

Everyone knows by now that California voters rejected Proposition 60 last November. So, no condoms in adult film going forward!

At the AVN trade show I decided to ask around.

Answers varied, as did opinions, and a sampling appears here.

First, however, performer Casey Calvert provides some background on the issue that has roiled the adult industry.

Measure B to Prop 60

The ruckus over Prop 60 began a few years ago in 2012 just when she entered the business, Casey remembers. The political dustup then was Measure B that required condoms for filmed sex in LA County. 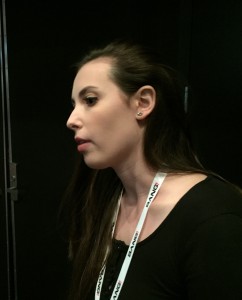 Undeterred, the Aids Health Foundation’s  Michael Weinstein, who was behind the initiative, turned his attention statewide. Next came AB 1576 that did what Measure B advocated, Casey continues, and it, too, failed in the state legislature mainly because of cost.

Finally, Weinstein went the ballot route in the election and collected enough signatures to bring his proposal before the voters.

However, it expired at the ballot box because it was flawed. 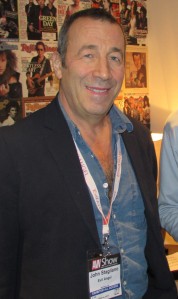 Despite the proposition’s shortcomings, effort and planning was required to ensure its demise.

Unwilling to take chances, the industry fought the initiative. Ela Darling, the current President of the Adult Performer Advocacy Committee (APAC) comments, “APAC and the FSC (Free Speech Coalition) and a large number of performers did everything they could to defeat Prop 60 and we won, we got it!”

“I wrote a piece for the Huffington Post which I heard was very impactful . . . I also spoke on the radio,” Casey adds.

Ela and Casey give performers Julia Ann and SiouxsieQ and Free Speech Coalition’s Eric Leue much credit for organizing and leading the charge.

John Stagliano steps up to put Chanel Preston on the worthy list. “Chanel did some great interviews . . . She was very effective and active [in defeating Prop 60].”

And, everyone thanks California’s Democratic, Republican, and Libertarian Parties and the LGBT organizations for speaking out against Prop 60, a rare instance of political unity.

Ela talks about the lobbying in Sacramento.

“I’ve never seen the industry aligned so strongly on anything like they did on Prop 60. It was refreshing, it was empowering, and amazing.”

Performer Derrick Pierce presents an unvarnished view of the campaign.

The FSC built a winning coalition of ” both talent and producers and production teams.” People “who are typically fragmented in nature” were on the same political page, Derrick remarks, because “even though we are socially amongst each other we don’t really function in that capacity.”

He characterizes the industry’s victory as a “David versus Goliath” fight.

In doing his part, Derrick went on Facebook to check postings from major media outlets where he found lots of comments.

“I literally went through every negative or misinformed comment and rebutted it. And who knows, maybe it reached five people, but that’s what was needed from every person who had a vested interest in this.”

But he had his doubts. “I’m glad that it was defeated though I was thinking that we were going to get screwed.”

Derrick interprets the victory as more than just a defeat for  poorly written law and its sponsor AHF.

“It wasn’t so much that prop 60 and us moving to Vegas or another place was necessarily the problem, it’s that it set precedent. That’s huge because, there’s no more debate.”

In other words, should similar issues arise with CAL/OSHA and safety regulations,”Now you just have to implement what’s already been said.”

Next Derrick sticks a dagger in the heart of deceit. 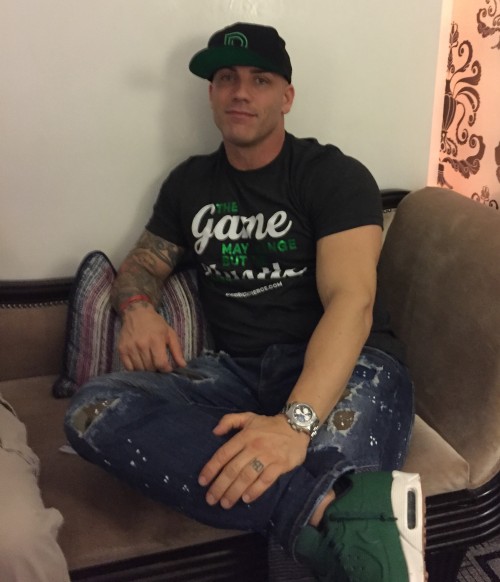 “I would love to see what Weinstein’s real issue is. I know what he’s written and some of the things he’s said and I know who his donors and backers are.”

He also calls out talent to educate themselves.

“Half the people don’t know what our testing process is. You should know because if you’re going to argue the point then you should know what the hell it is we’re doing. [Most performers] don’t know how many tests are done on us every two weeks . . .and they should.

“Know the process and how it works so  you don’t sound like a bumbling idiot when you talk about it.”

A Reminder of Reality

Finally, Briana Banks brings up a point that may have swayed some voters. She’s happy, of course, with the outcome but there is bit of reality that may have been missed when assessing the defeat of condoms.

Briana shot for the condom-only Vivid for eight years and her movies sold well, she says. But when she put up a recent condom clip she did for her website, her fans panned the scene.

But there is something else at work here, Briana thinks.

The condom is a shock because of the reality it represents.

Next we’ll look at how the defeat of Prop 60 is seen as a game changer for the industry, if indeed it is.